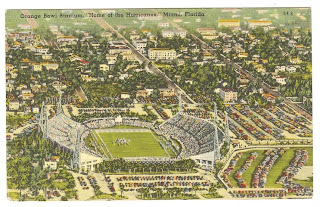 I  really enjoyed watching the NFL Football Draft last week so chose a stadium postcard for PFF.
This postcard was mailed in 1948.  A little about the Orange Bowl, although when I researched it there were so many uses for different sports teams  I got a little confused.  The Orange Bowl Stadium was home for the Miami Hurricanes College Football team.  It was also the first home of the Miami Dolphins.  It was used for the annual New Years Day Game from 1938 to 1995.  The Orange Bowl was demolished in 2008 to make way for a 37,000 baseball stadium with retractable roof.
http://thebestheartsarecrunchy.blogspot.com/
Posted by papel1 at 10:52 PM 9 comments:

Have you ever been pictured on a postcard? I made it on a RPPC 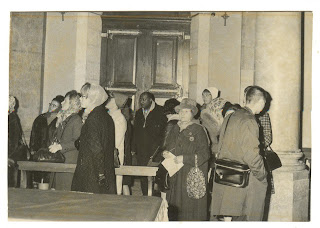 I was looking through my photographs of years ago when I was a teacher/tourist overseas.  One always could count on a photographer to be hanging around, and then selling you the photograph of your tour group.  I didn't realize it was actually a postcard til I saw the stamp box etc on the back.  I am the one with the white scarf in the back.  The group is teachers, soldiers from Karamursel Air Base in Turkey on some trip which I have no idea where we went. 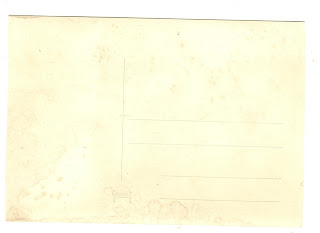 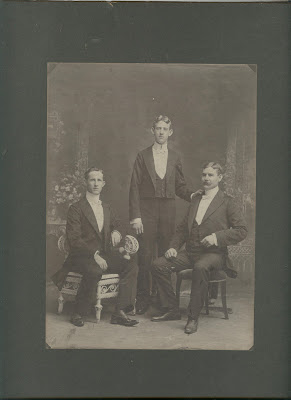 I seem to be of few words the past few weeks and have just been sharing a big box of ephemera I received a month ago. There was no information on the front or back of this wonderful phot. Has great detail. The box it came in had a lot of pictures from the late 1800s so I would guess its from about that time. 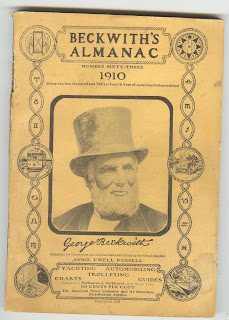 The Best Hearts are Crunchy......letters to Rebecca

http://thebestheartsarecrunchy.blogspot.com/
I did not get my entry in this week for Postcard Friendship Friday, but if you go to the above link you will see some wonderful postcards. 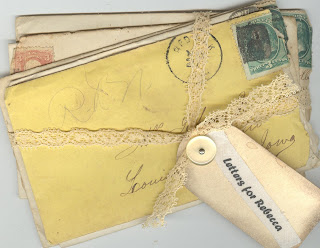 Lovely old letters from the  late1800's mailed to Rebecca Nicoles in Iowa.
Posted by papel1 at 10:19 AM No comments:

Florida Postcard Folders and others for sale on Ebay by papel1 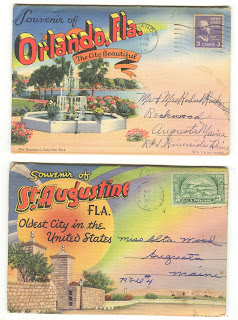 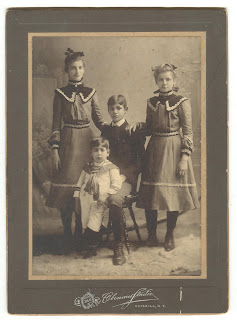 Web Cam Does it work for you on your Computer? 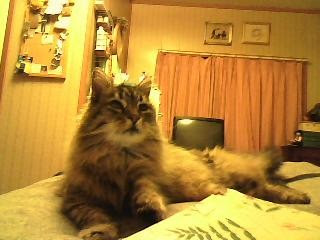 I finally could somehow maneuver the computer (netbook) and push the take button on web cam and get a picture of Little Killer my cat who is about 20 years old.  Then I did videos which are absolutely terrible.  I guess it takes some practice as I got seasick watching it.   Overhead light made it look a little yellow, but it worked here for still photo.  I tried to e mail ny video to only family members but computer said my attachment was too big.  Sigh.
Posted by papel1 at 2:42 PM No comments: 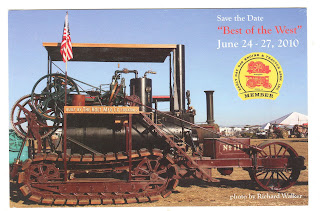 The Antique Tractor show in Tulare Calif this weekend had its usual crowd in attendance.  The weather was a wonderful 77 and many booths were there.  I looked for postcards for my collection but there were very few available in the flea market section.  I did pick up this free postcard advertising a show in June.

Here is a postcard I did buy for a quarter at the farm show. 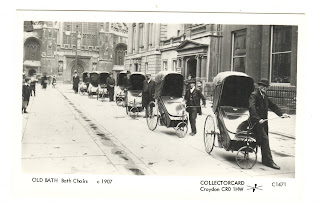 It is in very good condition and is an RPPC but I wonder if it is a reproduction as its copyright date is 1907
Now I need to research the postcard or maybe someone out there knows something about these Old Bath Chairs.
Posted by papel1 at 12:44 PM 3 comments:

Blackpool, England, A day at the Beach, Postcard Friendship Friday 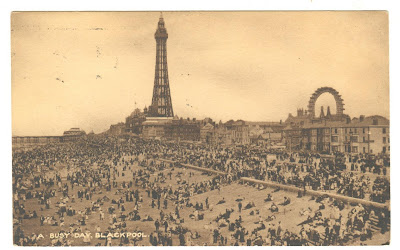 First wishing everyone a a Happy Postcard Friendship Friday.  I have been sharing postcards of Coney Island so thought I would go across the ocean for another amusement park.  I do see a ferris wheel in the background and a very crowded promenade at A busy day at BLACKPOOL, ENGLAND.
For more PFF go to http://thebestheartsarecrunchy.blogspot.com/
Posted by papel1 at 9:36 AM 11 comments: 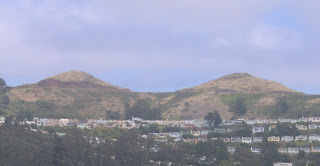 Here is Twin Peaks in the present or near present.  I do not know when this photograph was taken in San Francisco.  Photo taken from Wikipedia.  This photograph might be older than I think.
The postcard I am sharing below shows Twin Peaks quite a few years ago.  I do not see any buildings or houses. 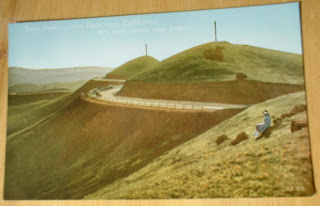 Casper the cat, named after the city of Casper Wyoming. 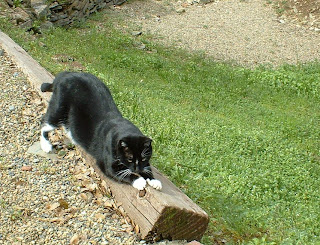 About 7 years ago while sitting in the living room I heard a meow sound outside.  I knew a cat was outside somewhere so went out with a flashlight.  It was in the grape vines that grow along the highway so I got some cat food to lure him inside.  It worked and he was a happy cat, a little scared.  He was so small you could hold him in the palm of your hand.  We were not quite sure what we would do with him as we were leaving for a trip in 3 weeks.  Figured he would go with us and our pop up tent trailer so every night we took him for a ride in the pick up truck kso he would get use to the drive.

When we left he wasn't the bravest of travelers and usually stayed inside the tent trailer.  We had named him Casper because we thought we might just end up there.  We did and it was his favorite place.  The thunder and lightning in the KOA campground at Casper Wyo. did not phase him a bit.  And the flapping tent ends did not bother him either.

He has been quite the traveling cat, having stayed 63 nights in RV parks, gone to at least 14 states and travelled over 14000 miles.  He loves to walk at night on his leash around the RVs.  And he even likes our new Funfinder Travel Trailer. He can sit at the window and watch the world go by. 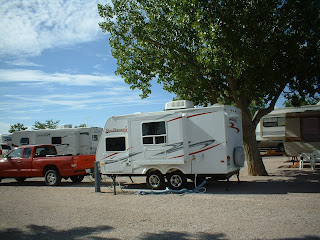 Hollywood CA Postcard Folder, the way it use to be! Old Cars etc 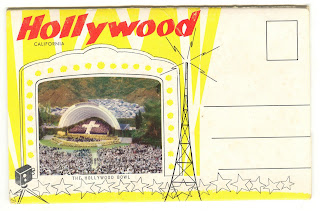 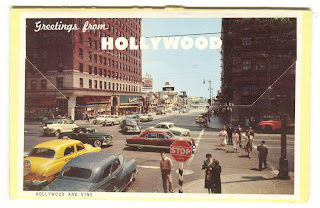 I love the view of Hollywood and Vine above.  The old cars with the fashionable people on the sidewalk.
This is the last picture of a series of  12 photos in this postcard folder.  If you would like to add it to your collection I have it listed on ebay.
http://shop.ebay.com/papel1/m.html?_nkw=&_armrs=1&_from=&_ipg=&_trksid=p4340
Posted by papel1 at 10:23 PM No comments: 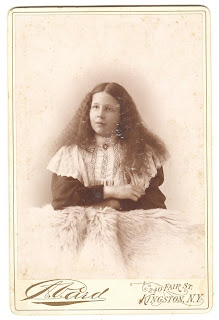 Instead of a postcard this week I am sharing a cabinet card of a young lady or girl.  I have seen many cabinet cards of girls but not with this frizzy style hair do.
She would fit in with todays girls. I love the clothes she is wearing. Be sure and go to http://thebestheartsarecrunchy.blogspot.com/ for more entries for PFF.  Glad to get my entry here today.  I have been RVing for a few days and enjoying the wonderful weather outside.
Posted by papel1 at 10:27 AM 10 comments: 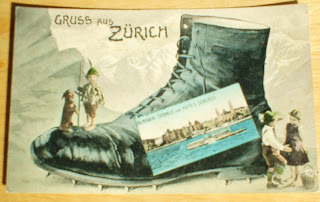 Just a quick entry for this late Thurs night.  I took a picture of this postcard using a digital camera, but I think a scanner works better.  I love this postcard although I really don't know what its about.
Posted by papel1 at 8:57 PM 2 comments:

For pictures of postcards from Coney Island I highly recommend this site.
http://history.amusement-parks.com/coneypostcards1.htm
Posted by papel1 at 10:00 AM 1 comment:

I think the entry most popular on this blog were the postcards of Coney Island New York.  I am now shopping around for more as I sold most of the ones I have.  I have added links here to several books about Coney Island.  If you type in amusement parks in google you will find an abundance of information.  It is a fascinating topic.
Posted by papel1 at 9:47 AM No comments: 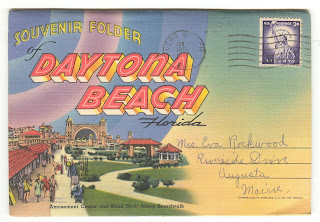 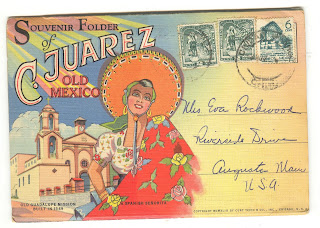 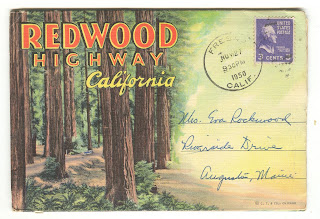 I am so excited.  I just got a box full of at least 150 vintage postcard folders!!  There a few from before 1940, with the majority being the late 40's and 1950's.   And to hit the jackpot this same box held many old small thin almanacs and cabinet cards and albumen phtographs.  Now I sort out what I want to save, what I want to give to relatives and what I will be selling on eBay.  Scroll down to see some of the cabinet cards.  The almanacs are so fragile that I was inhaling dust and sneezing.  So I am airing them out in the open for awhile.  My auctions at http://shop.ebay.com/papel1/m.html?_nkw=&_armrs=1&_from=&_ipg=&_trksid=p4340
Posted by papel1 at 3:57 PM 1 comment:

Cabinet Card, Young Child, But what is she drinking out of...Quakertown PA

This photo is a mystery to me.  She is drinking something through that tube but what is at the end, a cup, bottle etc?  Her pose looks a little unnatural, as her hand on the chair arm does not look natural.  But these old poses never looked real. 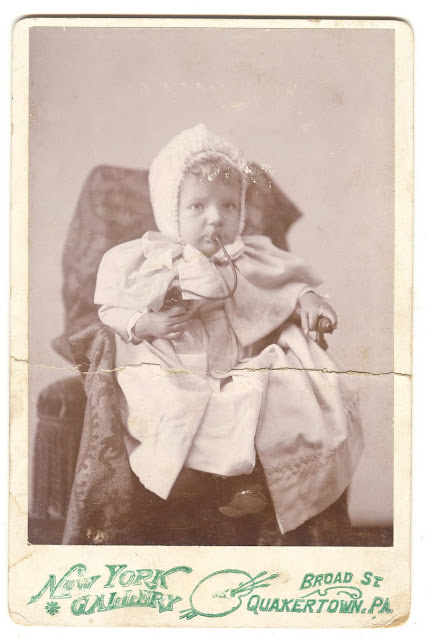 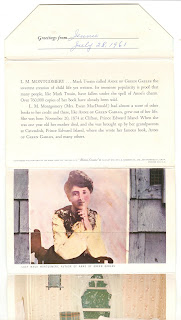 This postcard folder has many photographs of Green Gables where L.M. Montgomery wrote Anne of Green
Gables .  The rooms in the photographs are very charming.  There are pictures of Mathews bedroom, Marillas bedroom, Annes wardrobe at Green Gables on Prince Edward Island.  Annes dresses are still hanging up in different rooms..  There are pictures of the Haunted Woods, Lovers Lane. romantic old farm house.  The front view of the home.  L.M. Montgomery grew up here with her grandparents. 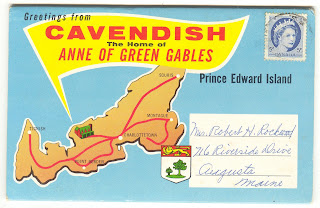 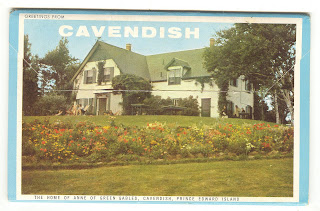 A popular book that is read over and over again by young and old.
Posted by papel1 at 10:16 AM 2 comments: 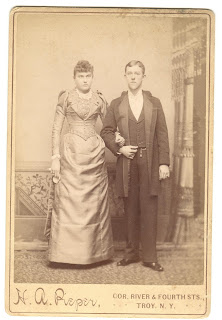 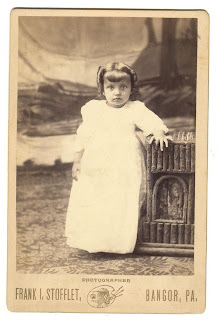 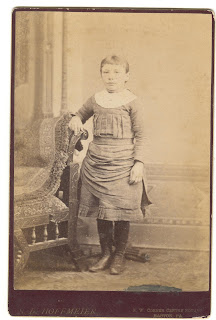 I have found the photographs of the 1800s to be very interesting.  Often you can date these cards by furniture and other props found in the photograph.  Also the style of clothing, hairdos, whether ears are exposed.  (Early 1860's ears were covered on the women)   The earliest Cabinet cards were full portraits, later in the 1870's the hair was less severe, and photos showed only 3/4 of the person, not their feet.  In the 1880s and 1890s the womens clothes became my fitted, severe and suitlike.  In 1998 when postcards became popular there were less cabinet cards printed.  Of course I have found other cabinet cards that do not fit any area.
Posted by papel1 at 9:05 PM 3 comments: